Our combined licensed guide and driver can take you by car or mini-bus to the UNESCO World Heritage site of Rjukan.

The area is centred around the historical Vemork fertilizer factory built by Norsk Hydro in 1911. The factory area comprises two hydroelectric power plants, the original transport systems to and from the factory. It also features the buildings used to house and entertain the workers. In its entirety, it therefore captures the lived experience of industrial workers at the beginning of the 20th century. It also displays the infrastructure required to support an industrial site at that time. The site has particular historical significance for Norwegian industry, as it encapsulates the beginning of Norway’s efforts to exploit hydroelectric power. Today, Norway is the country in Europe which produces the most hydroelectric power. As much as 95% of electricity consumed by Norwegian households or industry comes from hydroelectric power.

Rjukan-Notodden was the site of one of the most important events in Norway during World War 2.

German troops invaded Norway on 9 April 1940. Norwegian military forces, vastly inferior to the German War machine, were only able to carry out a defence campaign until 7 June 1940 when it was forced to capitulate. However, the two-month defence struggle allowed King Haakon VII to escape to England. He brought with him his family and most of the country’s gold reserves.

From England, the government in exile supported an organised resistance movement which consisted of thousands of Norwegian volunteers. The resistance movement smuggled people in and out of Norway, destroyed a number of German war ships and supplies, and participated in intelligence gathering. Acts of civil disobedience were also organised, including the distribution of illegal newspapers and a campaign in which people wore paperclips (then wrongly believed to have been invented by Norwegian Johan Vaaler) on their cuffs and lapels. The government-in-exile aired radio broadcasts from London. During the occupation, Norwegians were not allowed to own radio receivers, however, many people defied this prohibition and kept secret radios hidden in their homes. They were thus able to receive news and information. This was passed on through illegal newspapers or “stencils” in order to counteract German propaganda.

The fertilizer factory in Vermork, which was opened before the First World War, had the capacity to produce heavywater. Heavywater, (deuterium oxide), is water which contains a larger amount of heavy hydrogen (consisting of the hydrogen isotope deuterium) than normal water. Heavy water has a number of uses, including in spectroscopy, but significantly, it is used as a neutron moderator in nuclear reactors. This makes it possible to produce nuclear weapons without the use of enriched uranium.

After Germany invaded Norway on 9 April 1940, there was therefore great concern that Hitler could use the fertilizer factory to produce heavy water for nuclear weapons. This could obviously have had disastrous consequences. The Norwegian resistance, under the direction of the British Special Operations Executive, therefore launched an operation to attempt to sabotage the heavy water factory. Learn more about Heavy Water

In October 1942, four Norwegian resistance commandos who had been trained in England were dropped onto the Hardanger plateau, where, in November, they were meant to join forces with British paratroopers to sabotage the heavywater factory. Unfortunately, the gliders carrying the paratroopers crashed and all were either killed or captured by the Germans.

In February 1943, the original team of four were joined by six additional 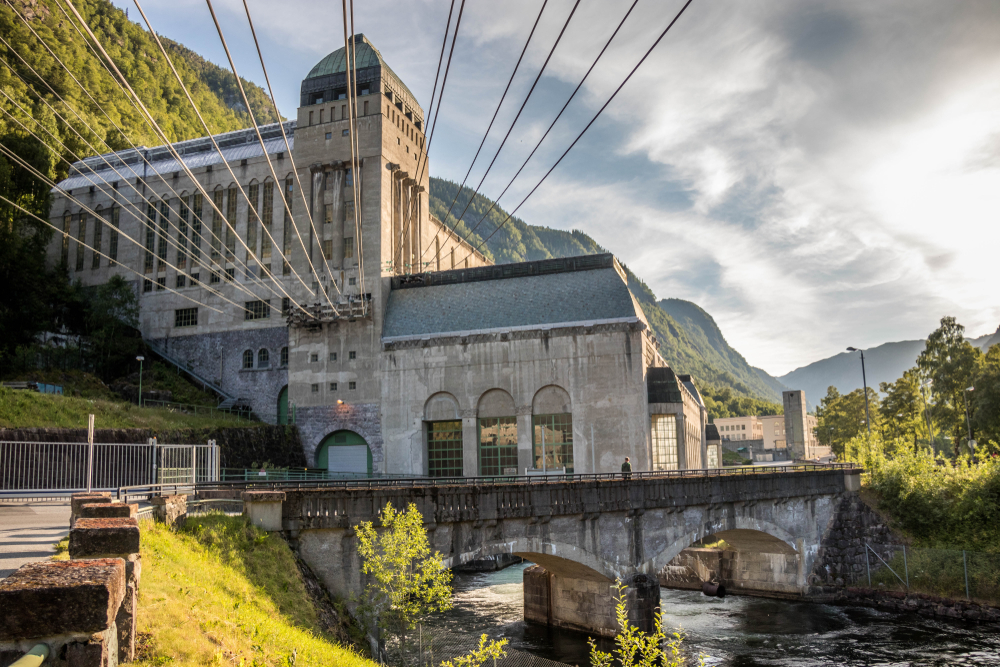 Norwegian commandos. Together they launched Operation Gunnerside, and were able to make their way to the factory, place explosives inside, and destroy most of the Germans’ stock stock of heavywater as well as the apparatus used to produce it. The rest of the stock was later eliminated in a sabotage action which involved sinking the transportation ferry from Rjukan.

Significantly, the operation was carried out by the Norwegian resistance commandos on their own, without the aid of British paratroopers. The four original commandos had lived in the wilderness on Hardangervidda throughout the cold winter of 1942, evading German capture. Having very little food, they were forced to eat moss, and had to travel long distances on skis.

After the successful operation, all six members were able to escape, some of whom had to ski 500 km to get to Sweden. The commandoes who carried out the Gunnerside Operation are well-known Norwegian war heroes. All six received medals for their courage.

One of the members of the team, Knut Haukelid, wrote detailed a memoir based on his experiences called “Skis Against the Atom”.

An English-language movie based on these events was made in 1965 by a British Production company. It was directed by Anthony Mann and starring Ulla Jacobsson, Kirk Douglas and Richard Harris. Most of the movies dramatic outdoor sequences were filmed in Norway.

The contribution of the resistance commandos to the allied war effort cannot be underestimated. Thanks to these Norwegian heroes, Hitler was never able to produce a nuclear bomb. Read more about the Heroes of Telemark

From Oslo, Rjukan-Notodden is only 177 km (a two-hour drive) away.

Should you wish to visit Rjukan we are happy to arrange a suitable itinerary in collaboration with our partners.  Our driverguides will give you historical commentary along the way.

Read more about what to do in Rjukan. A visit to Rjukan-Notodden can be combined with other WW2 landmarks like the Norwegian Resistance Museum at Akershus Fortress.