One of the most popular destinations to visit with our combined licensed guide and driver is the west coast city of Bergen. And in particular the Hanseatic Wharf, known as Bryggen, which is the main point of interest in the old town of Bergen. This traditional Hanseatic fishing wharf is a UNESCO World Heritage Site and receives more than 500 000 visitors every year. It features restaurants, shops and a museum devoted to the Hanseatic League. 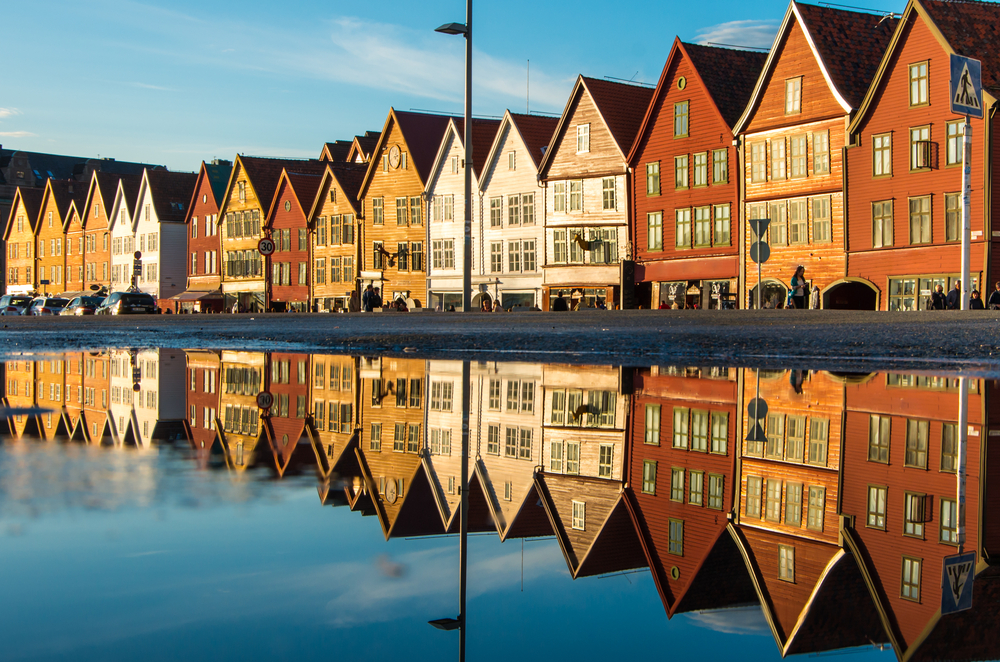 In the middle ages, travelling merchants began to establish merchant guilds in order to gain privileges, negotiate the removal of tolls and tariffs and secure trading routes. German merchants became increasingly influential in Europe from 1100 onwards, banding together in guilds called “Hanse” or “Hansa”. Due to its geographical position, which allowed access to both the North Sea and the Baltic ocean, the German town of Lubeck became a main base for trade. It was granted the status of a free imperial city in 1227. Lubeck later joined forces with the trading towns of Hamburg and Cologne. Together they negotiated a charter of operations with Henry III of England. They established the Hanse colony of London in 1282.

The Hanseatic League began to create trading posts, known as Kontor, in several overseas ports. There were Kontors in Novgorod in Russia, London, England, and Bruges in Flanders. These Kontors were effectively colonies, populated by German merchants, exempted from local laws and having little contact with surrounding areas. This often became a source of tension. A Kontor was established at Bryggen in Bergen in 1360.

Decline of the Hanseatic League

Hanseatic power began to decline in the 1500s, with the rise of centralised territorial states. Italian trading ports in the south and Dutch merchants in the north also increased their influence. The Hanseatic Kontor in Novgorod was disbanded by the Russian Tsar in 1494. Queen Elizabeth dismantled the Kontor in London in 1597. The seat of Hanseatic power gradually moved from from Lubeck to Gdansk (Danzig) in Poland, and its focus became control of the shipbuilding trade.

In Bergen, the local aristocrat Christoffer Valkendorf began to revoke some of the Hanseatic League’s privileges in 1559. Significantly, he demanded that traders swear allegiance to the Norwegian King and expelled 59 German artisans when they refused.

However, the Bergen Kontor remained in operation until 1754.

Visiting the Hanseatic Wharf and its surrounding area is almost like travelling back in time. The wharf has kept its original historical characteristics, with wooden houses, narrow streets and old mansions. Most importantly, the area has retained the atmosphere and vibrancy of the historical trading port. Local artisan shops selling jewellery, woollen clothing, handmade wood sculptures, and original water colours occupy the old houses. There is even a shop selling moose leather bags.

The Bryggen is also home to the Bergen Fish Market. Here vendors sell a variety of fresh fish and delicious takeaway fish dishes and fish snacks. There are also a number of excellent seafood restaurants.

If you prefer something sweet, you can always try Norwegian delicacies like Skoleboller (custard buns) at the local artisan bakery 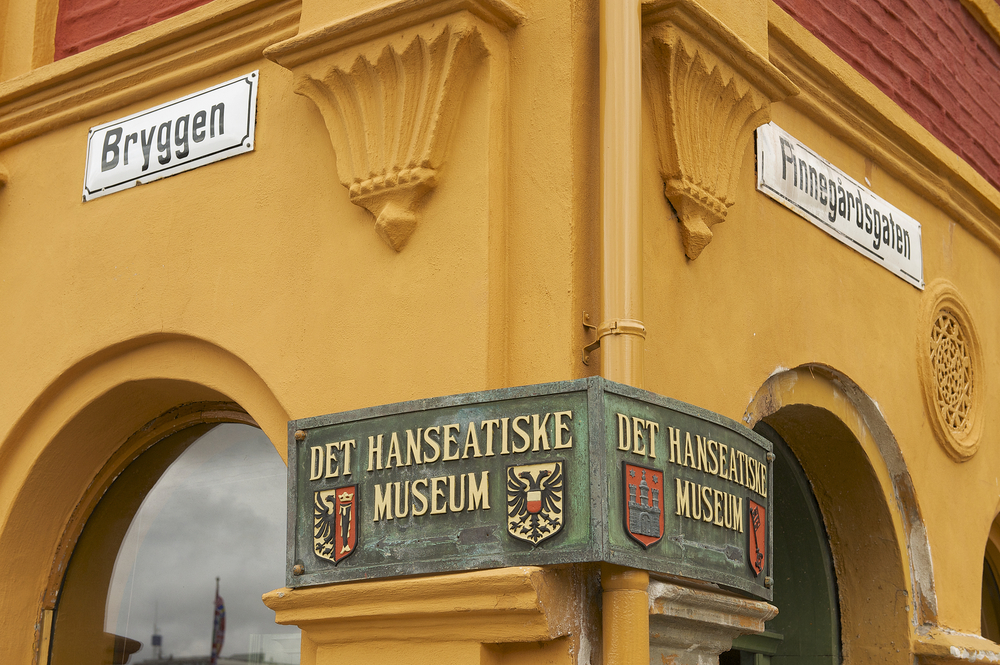 In 1955, archaeologists conducted major archaeological excavations in the Bryggen area. They found a vast number of interesting artefacts from the Middle Ages. The Bryggen museum houses a large collection of these, providing fascinating insights into daily life in the Hanseatic city.

How to get to UNESCO Heritage Bryggen Bergen?

Should you wish to visit Bergen we are happy to arrange a suitable itinerary in collaboration with our partners.  Our driverguides will give you entertaining and informative commentary along the way.

For more on Bryggen and things to do in Bergen: Visit Bergen Bryggen