Our combined licensed guide and driver can show you the fjord landscape of Norway in our comfortable limousine or mini-bus . Travelling there with its deep waters, steep mountains and high waterfalls is very popular. We introduce you to the landscape’s creation and geological origins, its geography and its people. 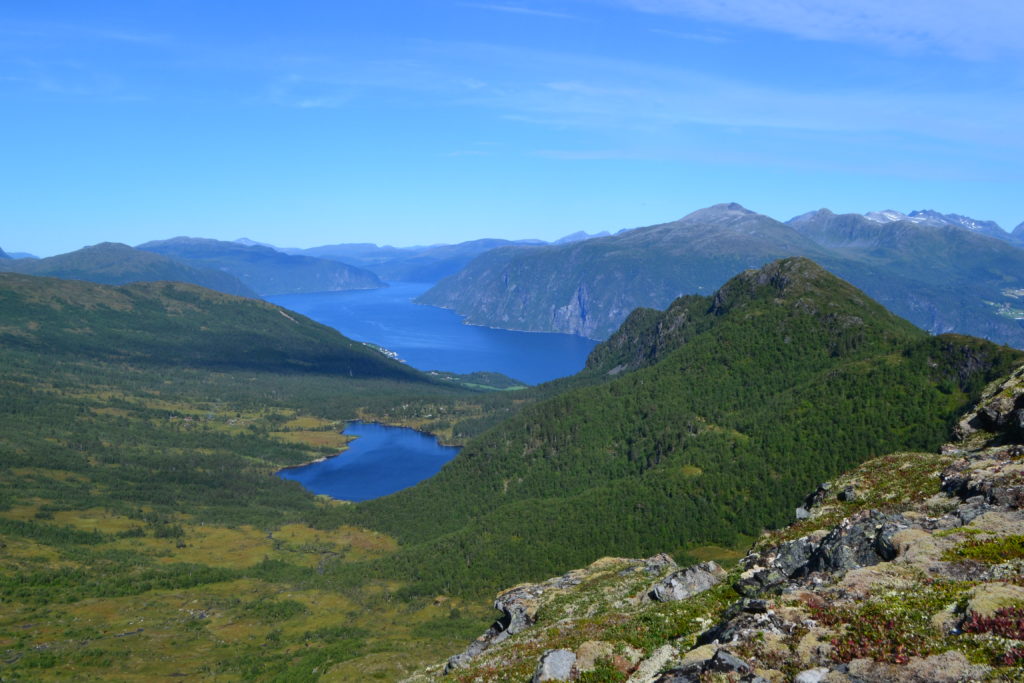 According to geologists, it was a collision between tectonic plates approximately 425 million years ago which led to the formation of the mountains of Western Norway. These mountains were originally similar to the Himalayas but were later worn down by a sequence of ice ages.

The name “Norwegen” or “Norway”, shortened to “Norge” in Norwegian originates in European scriptures around 800 A.D. and presumably meant “the road to the north”. Due to the warming effect of the Gulf Stream, the coast is largely ice-free, even in winter, and marine life in northern Norway is much more diverse than in other parts of the western Atlantic.

The fjords were created during the ice ages, when the Atlantic ocean pressed into the landscape between the mountains adding to the friction from the thick layers of ice. Today we can still observe the effect on the landscape of melting glaciers. The great waterfalls of the Geiranger fjord, such as the Seven Sisters and the Hellesyltfossen, are created by snow and ice melting. 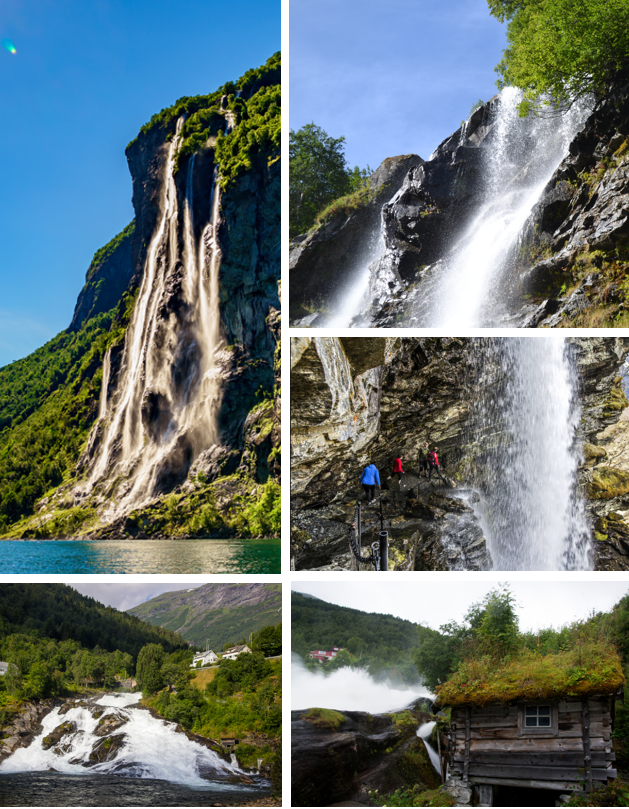 Geography of the Fjords

During the last ice age, the layer of ice was up to 3,000m (9,842 feet) thick, but by around 10 000 BC most of it had melted. However, small parts of the layer of ice remains, in the form of the 487km2 Jostedalsbreen (Jostedal Glacier), with its branches Briksdalsbreen and Fjærlandsbreen, or the small glacier on the top of  Skåla mountain at 1850 m. Near Hardangerfjord there is also Folgefonna Glacier which can be reached by car. 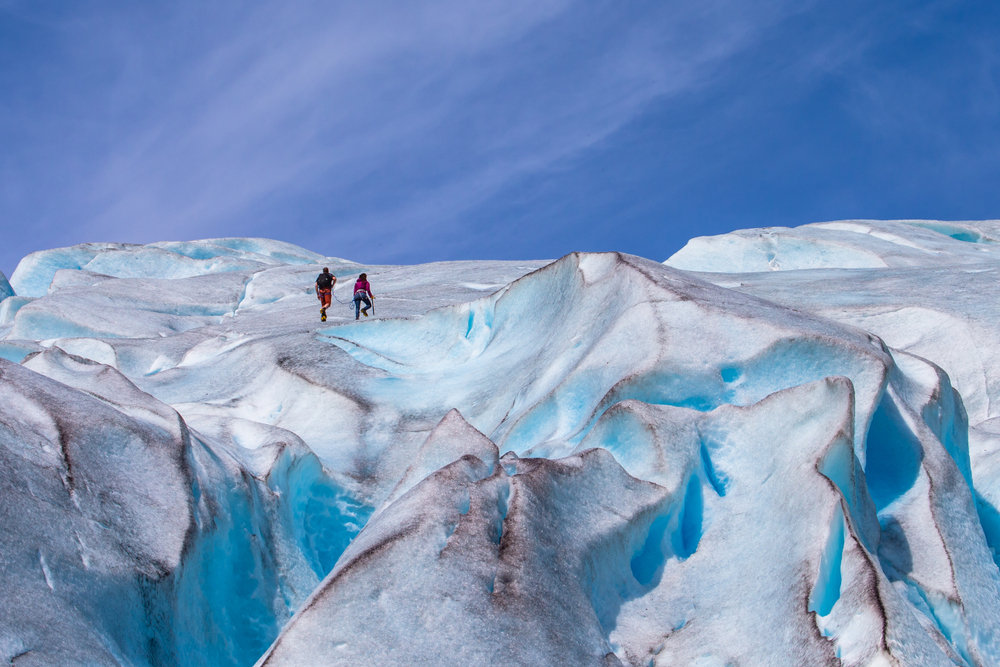 The arrival of the earliest settlers after the last Ice Age

There are many traces of Norway’s stone age inhabitants, who used their simple leather boats to trace the edge of the glacier along the coast to gather food from both land and sea. Their settlements were up to 100m above today’s sea level as the country raised itself after the heavy layer of ice disappeared. Another sign of this are the Stone Age Rock carvings which would originally have been at the edge of the water but can today be found far from the ocean. In Oslo there are several such carvings at about 55m (180 feet) above sea level.

In the mountains there are also traces of rock tools and weapons used by Stone Age inhabitants. There are old animal traps, into which reindeer were chased, with nearby collections of animal bones. There are still reindeer herds in Jotunheimen and Hardangervidda national parks.

As the mountains were steep and inaccessible, the fjords were used for transportation. Boat building and navigation skills have therefore been essential to fjord inhabitants. Archaeological traces and rock carvings depicting boats have been found, proving that Stone Age inhabitants mastered transportation by sea. Our oldest log boat, made 2400 years ago, can now be seen at the Oslo Maritime Museum.

Norway entered the Iron Age around 500 BC. As its inhabitants acquired the skill of producing iron, they began to develop clinker boats. In the meantime, the climate had become considerably milder and parts of Norway were now covered in forests. These forests provided the perfect material for Viking ships: oak trees. This leads us into the Viking age.

How to get to the Norwegian Fjord area

Many visitors book a cruise and spend the summer sailing through the fjords. Disembarking is usually possible in the small villages and towns along the coast of Norway. For backpackers, Norway has an excellent public transport system. This can take you through the fjord area by train (from Oslo to Bergen), bus and ferries.  A good alternative for full freedom and privacy is to rent a car. However, this is only recommended if you are comfortable driving on narrow mountain roads, like Trollstigen (below).

Should you wish to visit the Norwegian Fjord area we are happy to arrange a suitable itinerary in collaboration with our partners.  Our driverguides will drive you in one of our luxury cars and give you entertaining and informative commentary along the way. 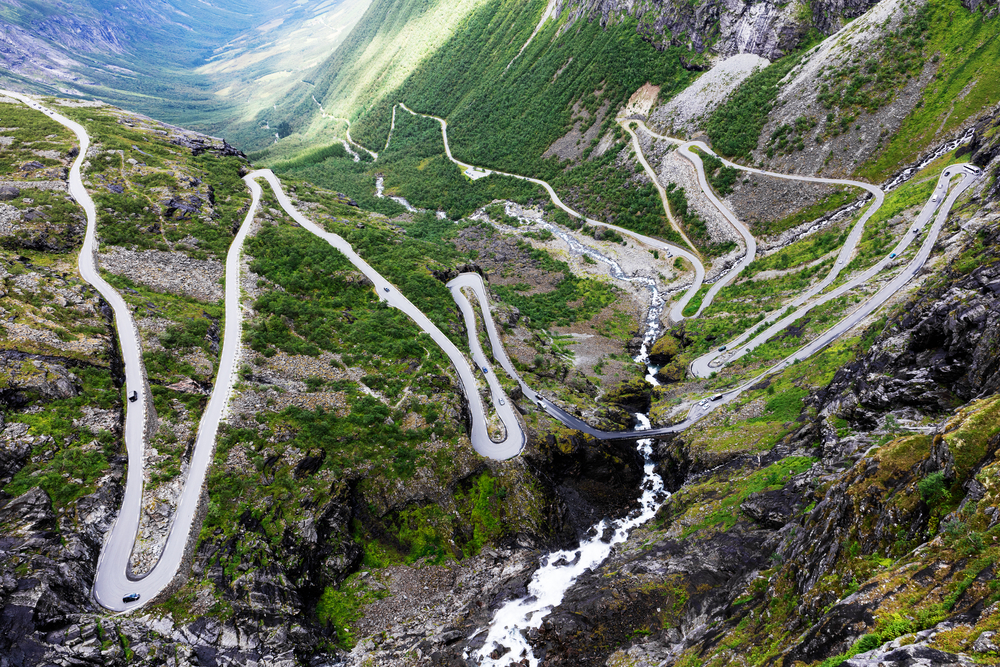